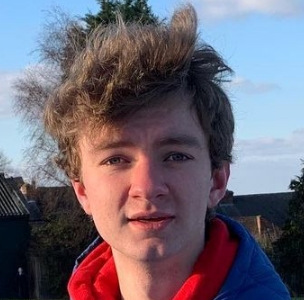 TommyInnit (real name Thomas Simons) is UK-based Youtuber and Twitch streamer with a net worth of $7 million in 2023. The primary source of his wealth are his YouTube videos and Twitch live streams.

How Did TommyInnit Become Rich?

TommyInnit was born on 9 April, 2004 in a city of Nottingham, England. Not much is known about his parents except for the fact they are middle income family.

In 2011 TommyInnit enrolled in a local Nottingham school. Two years later he created his first YouTube channel and named it Channelnutpig. The channel was inactive for 2 years, and Thomas uploaded his first video on 9 October, 2015. The video is about Terraria:

In December he uploaded next video titled “Channelnutpig plays a Dating Game at age 11“.

Seeing some success in gaining views on his videos, Thomas decided to create another YouTube channel on 24 December 2015. The new channel received name “TommyInnit“. Little did Thomas know that this nickname will bring him millions of dollars and fame. At a time he wasn’t aware of that and rarely uploaded new videos on his old channel.

TommyInnit started to take YouTube more seriously in 2018. On September 9, 2018 he uploaded his first video on the channel TommyInnit and, contrary to his previous attitude, this time it was all serious. Instead of uploading one video in a few months, Thomas started uploading videos regularly, answering questions and participating in discussions in the comment section.

These efforts weren’t futile: he received his first 1,000 subscribers in early 2019 and in April his subscriber count surpassed 3 thosand. To celebrate this achievement, TommyInnit even made Q&A video:

Meanwhile his popularity continued to grow. Partially it was attributed to the increased popularity of SkyBlock minigame present on the Hypixel Minecraft server. His first video related to this minigame TommyInnit uploaded on August 6 and seeing it performing very well, he just bombarded the channel with videos related one way or another to this minigame.

Previously TommyInnit was getting 400 – 500 subscribers per month on average. In August 2019 he managed to get 16,381 new subscribers and the number increased to 46,595 newly gained subscribers in September!

From October 2019 to March 2020 the number of people subscribing to TommyInnit channel was falling down and many of Youtubers quit the game thinking that their time is over. TommyInnit isn’t one of them. He continued to upload regularly to his channel and this bear fruit in April 2020.

That month the number of people subscribing to TommyInnit started to grow again: 20,000 new subscribers in April, 47,000 in May, 53,000 in June. The next months made TommyInnit famous not just in the Minecraft community but in the whole YouTube gaming-related community. Just take a look at this numbers:

In a span of a few months TommyInnit became the second one most popular Minecraft youtuber. His collaboration with another youtuber named Dream is partially responsible for such insane growth.

TommyInnit number of views peaked in January 2021 with 136,468,067 video views. After that the number of monthly views has fallen down to 50 – 30 million per month, but that is still an impressive amount.

TommyInnit has also succeed on Twitch. He is one of the most popular English streamers on the platform, reaching TOP-10 in the category of English-speaking streamers. His total number of followers exceeds 7 million.

Thomas knows that diversifying his income streams is what smart people do. Henceforth, he has created on April 1, 2021 a new YouTube channel under his own name. On the Tom Simons channel he uploads vlogs which garner millions of views. In 2023 it has surpassed 5 million subscribers.

What Is TommyInnit Net Worth?

TommyInnit has become a millionaire whilst being only 16 years old. In 2023 Thomas net worth is estimated at $7 million.

The major sources of wealth for TommyInnit are his YouTube channels, Twitch and other social media sites.

Twich channel with over 7 million followers. TommyInnit receives money from Twitch ads, donations and paid subscriptions. Despite him having a large following, Thomas doesn’t earns much money from paid subscriptions compared with other top-streamers like XQC. It is attributed to his age audience: XQC’s audience is more mature and financially reliable whereas TommyInnit’s audience is younger and has less money.

His Instagram with over 3,5 million followers is also a great income source for Thomas.

Personal YouTube channel Tom Simons is also a great way for him to build his own brand, expand the audience and make the buck in the future. But even today Thomas makes some good money with selling his merch at tommyinnitshop.com.

TommyInnit a.k.a. Thomas Simons continues to increase his net worth day by day. It wouldn’t be a surprise for anyone if he doubles or triples his net worth in the years to come.

How TommyInnit Spends His Money?

In 2022 TommyInnit spent a lot of money on buying a new house in Brighton, UK. The exact price Thomas paid for his new home is unknown as he is quite secretive on this matter.

TommyInnit spends a lot of money on his gaming, streaming and video-related equipment.