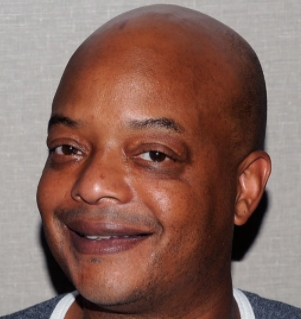 American movie and TV actor Todd Anthony Bridges has been acting in the industry for over four decades. His portrayal of African American boy Willis Jackson from Harlem in NBC’s (later ABC’s) Diff’rent Strokes made him a household name throughout the United States of America. Sadly, he is the only living member of the original cast of the popular series. His present net worth is estimated to be around 500 thousand USD .

How Did Todd Bridges Become Rich?

On 27th May 1965, Todd Anthony Bridges was born to James Bridges Sr., who was a talent scout, and Betty Alice Pryor Bridges, who цфы a director, manager and actress. He has two elder siblings – a sister, Verda Bridges and a brother, James ‘Jimmy’ Daniel Bridges Jr. Both of his siblings are involved in the entertainment industry. His brother’s daughters, Penny Bae Bridges, Brooke Marie Bridges and Rachel Bridges are also actresses.

Although he was the youngest of the three children, Todd Anthony Bridges was the first to follow his mother’s footsteps into the world of acting. In 1975, he landed his first role as an actor in ABC’s sitcom Barney Miller, where he played Truman Jackson. He later took part in some TV movies and mini-series between 1975 and 1977. His first main role came with ABC’s sitcom Fish, which is a spin-off of the American sitcom Barney Miller. After the end of Fish in May 1978, he landed his breakthrough acting gig in NBC’s Diff’rent Strokes at the age of 13. His depiction of the lifestyle of an African American boy Willis Jackson from Harlem, garnered a massive fan-following at the time. The portrayal of the boy, who is taken in by his deceased mother’s employer along with his brother, hit chords with several hearts. As a result, the show ran for eight seasons between 1978 and 1986 and accumulated 189 episodes. Todd Anthony Bridges portrayed Willis Jackson in 169 of the 189 episodes. Interestingly, his siblings also played different roles in the same show and they had the opportunity to share some screen space together.

Although the young and teenage cast of Diff’rent Strokes gained superstardom with the mainstream role in the show, they struggled with getting other acting roles after ABC cancelled the show in 1986. Gary Wayne Coleman, Dana Michelle Plato and Todd Anthony Bridges all suffered from various legal troubles and substance abuse. They were regularly featured on various news and tabloids, and their popularity plummeted soon after the show ended. With Dana’s suicide in 1999, Coleman’s death from intracranial haemorrhage in 2010, and Charlotte Rae Lubotsky’s death in 2018, Todd Anthony Bridges remains the only living original cast member from the famous show from the late 1970s.

Todd Anthony Bridges later played Monk in the CW’s Everybody Hates Chris between 2007 and 2009. Between 2008 and 2014, he also appeared as a commentator on truTV Presents: World’s Dumbest… that aired on TruTV. In the meantime, he has also acted in many other TV shows and films. His most recent acting role was in the television series Sangre Negra… Black Blood as Dante Lewis. He is slated to appear in at least nine other TV series or films in the coming year. He has also appeared in few music videos, both as a child and as an adult.

Todd Anthony Bridges was married to a fellow child actor Dori Smith Bridges, from 1998 to 2012. The couple has a son, Spencir Bridges, who was born on 15th July 1998. He also has a daughter, Bo J. Rushing, from a previous relationship. Both of his children followed in his footsteps and are involved in acting too.

He also published a book in 2008 named “Killing Willis: From Diff’rent Strokes to the Mean Streets to the Life I Always Wanted”. It discussed his drug addiction, legal troubles and criminal charges. He also touched base with his childhood sexual abuse (at the age of 11) at the hands of a family friend, who was a publicist. He detailed his struggles of establishing his identity as an actor who is independent of Willis Jackson.

He also tried his hand at directing TV episodes and films with Class N Session, Foster Babies and Building Bridges, to name a few. He is also credited as the writer and co-director of the short film Building Bridges, which stars his mother, Betty Alice Pryor Bridges. The film is about the rise, fall and then rise of his career. His other family members also appear in this film.

What Is Todd Bridges Net Worth?

The talented actor and comedian Todd Anthony Bridges has appeared in more than a hundred acting roles over the course of four decades. Acting is his primary source of income while the royalties from the sale of his book generates a secondary income source. His net worth his reported to be around USD 500 thousand.

How Todd Bridges Spends His Money?

No information is available about any of his major purchases or other assets to determine how he spends his money.