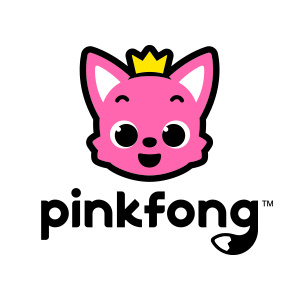 Pinkfong is one of the 13 Brands in South Korea to have achieved Unicorn startup status, with a calculated net worth of around $184 Million. PinkFong is owned by the company Smartstudy, a company specializing in early education which was founded in 2010 by VP Park Huyn-Woo, CEO Kim Min-Seok and, CFO Lee Ryan Seung-Kyu. Park and Kim are said to be lifelong friends and started the Smartstudy brand together.

Kim was born in South Korea in 1980 and is part of a pretty large family conglomerate, he is the 3rd generation Kim following his father Kim Jin-Yong and grandfather Kim Bong-Kyu Founders of Samsung Publishing Co. Kim Min-Seok grew up in the family business and Worked his way towards being his father’s successor.

Kim studied at Yonsei University which he thought to be the start of his career as an Information Specialist. Life seemed to have other plans for him: after graduating he worked as a developer at some gaming companies as well as for his father’s business before founding Smartstudy along with his lifelong friend Park Huyn-Woo and CFO Lee Ryan-Kyu in 2010. His father’s company Samsung Publishing Co was the 1st company to invest in the young entrepreneur and now owns 20.8 percent shares of the education franchise.

When starting the company, the trio discussed and planned what market they wanted to target, they eventually narrowed it down to Education and Medicine. With neither of them having any knowledge in the medical field, they opted for Education and started to work around the demand of the public. In an interview with Forbes, Kim mentioned the company’s main ideas were focused around what they wanted and thought would sell, but after careful consideration they chose to listen to the public and cater to the needs of their fellow humans. They started by targeting Pre-k and Kindergarten level students, making learning as fun, easy, and exciting as possible and today Pinkfong has over four thousand videos, songs and applications available in four languages: English, Chinese, Korean and Spanish.

After the company start-up back in 2010 the pair quickly decided against video games as the market was flushed and quite honestly, they were tired of the Gaming Industry. After collaborating with parenting company Samsung Publishing Co, they decided to focus on English educational content and extended the company arm we now know as Pinkfong. They made their first four music videos for Samsung Publishing Co applications and finally had their big break in 2016 with the release of Baby Shark.

What Is Pinkfong Net Worth?

Pinkfong as a sister company stood to make as much as $5 million in revenue only from YouTube streams in the year 2019. After the start of Smartstudy Co in 2010, it took the company about 4 years to reach sales of $8.5 Million in 2015. Less than a year later, thanks to the release of Baby Shark on YouTube and other sales income, they have reached a significant $16 Million in sales for the year of 2016 with 65 percent of their sales coming from International clients. In 2017 the company have seen a huge turn over and sales soared through the roof, almost doubling in sales from the previous year with a staggering $24 million. One year later, Pinkfong and Baby Shark have had such an impact, that their parenting company’s publishing stocks sky rocketed with an additional 76 percent after the release of Baby shark.