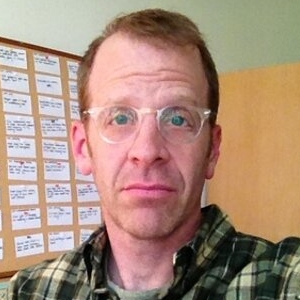 Known for his role as supporting cast member Toby Flenderson, appearing from the fifth to the ninth season on NBC’s famous comedy show ‘The Office‘ and later renowned for his notable job as the sitcom’s executive producer, Paul Lieberstein holds a promising net worth of $14 million. He was born in Westport, Connecticut, to a Jewish family and today holds an Emmy Primetime Award for his contributions as a screenwriter, TV producer, TV director, and actor. The article traces his journey that led him to become the renowned writer he is known to be, his contributions to the memorable sitcom ‘The Office‘ and how his work at present and in the past has shaped his net worth.

How Did Paul Lieberstein Become Rich?

As early as high school, Lieberstein had an unadulterated passion for the craft of writing and he unleashed it by writing a sitcom with friends while also contributing as a producer. Although he majored in economics at Hamilton College and expressed a desire to hold a job in finance, he soon began part-time work at his father’s law firm, so he could focus on his writing career, shortly after his first job as an auditor at Peat Marwick International.

His first writing job came on “Clarissa Explains It All” after he partnered with a fellow writer and moved to Los Angeles, the hub of sprouting artists and creators. Shortly after the first season he faced a setback and lost his job, because of the split between him and his partner. Later, he managed to secure only minor offers, such as writing for Weird Science and The Naked Truth. His brother-in-law, who is also a screenwriter, producer, and director, asked him to join the staff of his sitcom ‘King of the Hill’, which enabled him to be nominated for the award of Best Individual Achievement: Writing in a TV Production at the Annie Awards in 1997. The series also earned him his first Emmy Award as a producer, a 1999 Emmy for “Outstanding Animated Program (For Programming One Hour or Less)“. He also contributed to The Drew Carey Show, as a producer of twenty-five episodes in season six, as well as a supervising producer for two episodes.

Additionally, he worked as a producer in the third season of the TV drama series “The Newsroom“, while also guest-starring in a few episodes. In 2017, he replaced Kevin Etten as the executive producer or showrunner for the supernatural sitcom “Ghosted“. The following year he wrote and directed his first comedic feature film  ‘Song of Back and Neck‘, which made it into Tribeca Film Festival, an annual film festival held in New York City to showcase springing talent.

He became the executive producer of The Office in 2008, while he was also acting on the show since 2005 at the request of his brother-in-law, Daniels. In June 2007, Lieberstein earned a Daytime Emmy Award for “Outstanding Broadband Program – Comedy“, for his contributions to The Office: Accountants webisodes.

In 2011, he was awarded an honorary doctorate in fine arts by Hamilton College.

His contributions as a member of the advisory board of the non-profit organization ‘Young Storytellers‘, which encourage the youth to converge their experiences and their writing.

In 2020, he announced his intentions to produce a TV series portraying the unique office life created by the COVID-19 pandemic.

He also enjoys 58,000 followers on Instagram, where he expresses his political and social opinions, such as supporting Biden in 2020 elections.

He is intensely satisfied with his job, and is quoted to have said, “When we are in pre-production, this is the best job in the world. Working 10 to 7, sitting around and brainstorming with the other writers, making things funnier, and writing and rewriting scenes – that’s as fun as it gets”.

What Is Paul Lieberstein Net Worth?

At the moment, Paul Lieberstein net worth is about 14 million USD. Due to his widely ranged talents from acting and writing to directing and producing television series in his fifties, Lieberstein continues to amuse and entertain his fans, as he recently partnered with his co-stars from The Office and produced a stage play “The Dentist Competition” on Zoom and YouTube. Such talents ensure that his net worth continues to rise and he remains a prominent name in the entertainment industry.

How Paul Lieberstein Spends His Money?

He lives with his wife in the Brentwood area of Los Angeles, which is a relatively expensive residential area. The two had a lavish wedding at Battery Gardens in New York City. When they were searching for the right house for their soon-to-arrive baby Lieberstein decided to design and build the house from scratch. As an admirer of natural beauty, he had his designer create a floating glass box that looked out over the lush green canyons of surrounding the neighborhood. The house is 4,200 square feet, and laid with expensive design features like a remote-control TV console cum bookshelf. Its cost is speculated to be around $450,000.