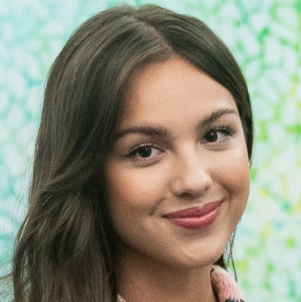 The rising star on pop scene Olivia Isabel Rodrigo has a net worth of $10 million in 2022. In this article we uncover how she became a successful singer and provide more details on her net worth.

How Did Olivia Rodrigo Become Rich?

Olivia Rodrigo was born to Filipino father and German-Irish mother in Murrieta, California on February 20, 2003. She spent her childhood in Temecula, learning how to sing and how to play piano in kindergarten. At the mere age of 6 she started taking acting classes as well.

Olivia Rodrigo enrolled Lisa J. Mails Elementary School and later graduated from Dorothy McElhinney Middle School. There she was constant participant of several theatrical plays. In an interview to Variety.com Olivia stated that she learned how to play guitar at the age of 12 a

At the age of 12 she got a role in Disney’s ‘Bizaardvark’ TV-comedy series after her acting debut in ‘An American Girl: Grace Stirs Up Success‘ comedy-drama film. Casting director of that movie appreciated her acting skills in an commercial about clothing brand Old Navy and decided to give Olivia chance in the acting industry. In the Bizaardvark show she got lead role of Paige Olvera who is the best friend of Frankie Wong (Madison Hu). The show also starred famous social media personality Jake Paul.

Olivia Rodrigo starred in the show for 3 years, the last episode aired on April 13, 2019. That same year she got the main role of Nini Salazar-Roberts in the Disney mockumentary drama TV-series ‘High School Musical: The Musical: The Series‘. Apart from helping develop the young star her acting skills the show also enlightened Olivia’s songwriting skill: she wrote song ‘All I Want‘ and co-wrote ‘Just for a Moment‘ for show’s soundtrack.

In 2020 Olivia Rodrigo signed with Interscope Records, but later switched to Geffen Records. And the next year she was about to blow up!

On January 8, 2021, she released her debut single called ‘Drivers License‘. Producer Dan Nigro was co-writer of the song. On January 11 the song broke Spotify record for most daily streams with 15.7 million global streams. The next day this record was broken again as the song reached over 17 million streams. Within one week the song was streamed over 80 million times which established yet another Spotify record and it reached number one on Billboard Hot 100. In 2021 her debut song garnered over 1,1 billion streams in total!

On April 1, 2021 Olivia Rodrigo released her second single called ‘Deja Vu‘. It wasn’t as successful as the first one and peaked at 8th place on Billboard Hot 100. However, this made her the first singer to be present in the Billboard’s Top 10 after releasing only 2 singles!

On May 14, 2021 she released her third single called ‘Good 4 U‘ that reached top 1 again. One week later Olivia released her first album ‘Sour‘ under label of Geffen Records and it received positive acclaims all over the world. On December 6, 2021 she has announced Sour World Tour 2022 to support her debut album and all tickets were sold in just a few days.

In 2021 Olivia was named Entertainer of the Year by Time magazine, Variety called her ‘the Voice of her Generation‘ and was nominated for 2022 Grammy album of the year.

What Is Olivia Rodrigo Net Worth?

In 2020 Olivia Rodrigo net worth was estimated around 500 thousand USD, most of which she earned starring in Disney shows Bizaardvark and High School Musical: The Musical: The Series.

But 2021 has increased Olivia’s wealth dramatically. That year she had about 5 billion streams on Spotify. It is estimated that Spotify pays about $0.003 to $0.0084 per stream and the average payout is 0.004. If we multiply this number by 5 billion streams it results in $20,000,000! We do not know her terms with Geffen Records, so the amount of money she received on her bank account could be lower but the number itself is pretty huge.

More money Olivia Rodrigo has earned from her Sour World Tour in 2022. The tickets were sold out after a few days of the launch and additional tickets had to be arranged to accommodate her fans. The average ticket price was $155 and with at least 35 concerts in the North America and Europe Olivia has earned a few million dollars at least.

How Olivia Rodrigo Spends Her Money?

Olivia Rodrigo bought her own apartment in 2021 in California close to her parent’s house in Murrieta. The price for the apartment is unknown.

She likes to spend money on her hobbies such as swimming, ice skating and singing.