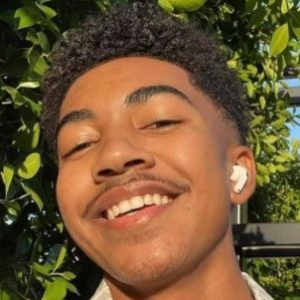 Miles Brown a.k.a. Baby Boogaloo is an actor, dancer and rapper. His career has skyrocketed after he was casted as Jack Johnson in a TV-series called Black-ish. In 2023 his net worth is estimated at $1 million. Continue reading to know more about Miles Brown career and successes.

How Did Miles Brown Become Rich?

Miles Brown was born on December 28, 2004 in a family of rapper Wildchild (real name Jack Brown) and Cyndee Brown. His father is African-American, while his mother has mixed Filipino and Mexican ancestry.

Miles danced in music videos as a child, including “Yeah 3x“, “Loving You Is Killing Me“, and on the children’s show Yo Gabba Gabba!. He was a guest on The Ellen DeGeneres Show at the mere age of five and a participant of America’s Got Talent’s fifth season as part of the dance combo Future Funk. In the dance-drama movie Battlefield America, he played a member of the Little Rascals Intro Battle Crew, which was his first experience in the film industry. From 2010 to 2014, Miles Brown was a member of the Alias Dance Company, a dance company.

Brown starred alongside Anthony Anderson and Tracee Ellis Ross in Kenya Barris’ comedy series Black-ish, produced by ABC, in 2014. This series has been a great breakthrough for the young actor, as it gave him wealth and fame.

He has been nominated for four NAACP Image Awards, two Screen Actors Guild Awards, and the BET YoungStars Award for his performance as Jack Johnson in Black-ish TV-series. He was also nominated for a Young Artist Award for Best Supporting Young Actor in a TV Series.

Miles Brown appeared in a number of short films between 2014 and 2016. In Goldie & Bear, he and Marsai Martin, who plays his twin sister in Black-ish, voiced the recurring characters Jack and Jill, who are siblings. Brown also performed in One Night for One Drop, Cirque du Soleil’s annual fundraising production.

Miles Brown starred alongside Rita Wilson in the independent film Boy Genius in 2018. The same year he also released his first song, NBA, and competed on Dancing with the Stars: Juniors for the first time in his life. The Hollywood Reporter named him one of the top 30 stars under the age of 18 in Hollywood.

Brown’s debut album, We the Future, was released in October 2020, with production by Madlib, Mic Checkmate, and Deliv, and features Jidenna, Slick Rick, Siedah Garrett, Dame D.O.L.L.A., and his father Wildchild.

Currently the young actor continues to star in Black-ish, but he’s not going to stop. Miles Brown has a lot of plans for the future and money to make them real. He wants to play as a Spider-Man in the future.

What Is Miles Brown Net Worth?

Miles Brown net worth is $1 million in 2023. He has amassed such wealth mostly playing as Jack Johnson in Black-ish.

Additional source of income for Brown are brand endorsements he does with his Instagram and Twitter social pages. In addition, he tries himself in the music industry.

How Miles Brown Spends His Money?

Miles Brown doesn’t spend much money, but he is intended to buy a new car and a house in the near future. 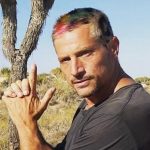