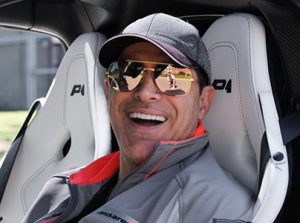 Manuchehr Khoshbin, aka Manny Khoshbin, is an Iranian national who’d once migrated to the US with hopes of making a fortune like many others riding the same boat. Today he stands as one of the world’s millionaires with a net worth of $80 million.

How Did Manny Khoshbin Become Rich?

Hailing from an average Iranian family, Manuchehr Khoshbin moved to the United States along with his family at the tender age of 14. Two years later, he was employed for the first time in life by Kmart as a shopping cart collector and floor cleaner. Down the timeline, his hard work and commitment to work also earned him a promotion as the assistant manager of their sporting store.

While being in the final year of high school Manny endeavored to step into business by buying dried fruits in bulk and selling them at people’s doorsteps. However, this initiative of his didn’t run longer since he’d unknowingly started it without a health permit.

With the experience he’d collected from his previous job, Manny Khoshbin secured another similar one at the post of assistant manager at Winston Tires. This job lasted for less than a year’s time, yet he could successfully manage to save much of his paychecks for the times to come.

Meanwhile, his education process continued as well and he ended up completing his graduation in 1989. By this time someone had suggested him to purchase a Mobil gas station on loan and he did act upon this advice by finally getting one in 1991. But life didn’t go as smoothly as he’d anticipated with the action plan he’d chosen since the company he took this loan from turned out to be a fraud. Consequently, Manny himself had to use his savings to cover all costs and bear a loss.

In 1992, Manny Khoshbin professional life seemed to have taken the direction he needed to predominantly shape his future. And that was when he followed a legal path and acquired a real estate license. As a result, the next job he secured had to do with providing loans (as a loan officer) on behalf of a mortgage company. Within the following few years he took another risk of starting a personal initiative that did work better than former others, and earned him the fortune he’s been able to secure today.

Nowadays he owns a company called ‘Khoshbin Company‘. It’s situated in Irvine, California and functions as a commercial real estate company that buys, supervises and renovates class A and B retail and office estates (all of which fall under the non-residential category). With 22 employees spread across all of its branches, this company has been successfully surviving as a part of the Commercial Real Estate Management Sector of the US since 2004.

What Is Manny Khoshbin Net Worth?

In 2023 Manny Khoshbin net worth is estimated at 80 million dollars. Most of this money he earned in real estate business.

Ever since the ‘Khoshbin Company’ has been founded, Manny Khoshbin has purchased and sold commercial real estate worth $450 million. To maximize all operations under this company, efforts have been tirelessly made to expand a commercial real estate portfolio at about 2,200,000 sq. feet of land. Although the company presently holds all stakes in California, it is aimed at acquiring any potential commercial property in the major metropolitan areas of the country as part of its future motto.

He wanted his success story to reach people who happened to dream the same way he’d once dreamt like. So, to put things into function, he authored three relevant books, the oldest of which was published in 2011, another in 2018 and the latest one in 2021.

Manny Khoshbin happens to have an eye for the latest strategies our world follows to maximize income flow. So, he has been using social media to maintain a constant presence. Now he’s also acquired the status of a YouTube celebrity with over 1 subscribers on YouTube. That’s another way for him to earn money through making his lifestyle public.

How Manny Khoshbin Spends His Money?

Among many other interests Manny Khoshbin invests his money in, a prominent one noticed by most people is his love for lavish cars. He has claimed of having spent $30 million alone on his collection of cars. And from among this collection, he seems to be a Mercedes SLR fan, for he owns five of them. Some other cars he has under possession namely include Pagani Huayra, Bugatti Chiron, Bugatti Veyrons, Porsche Carrera and Tesla X. As evident as it seems, he keeps them all in a custom-designed garage.

He himself lives in with his wife and two kids in a lavish mansion in California purchased in December 2017 for $19,600,000. Now the house worth over 30 million dollars.

Manny Khoshbin also owns other properties in Texas as well.