JayDaYoungan as of 2022 has an estimated net worth of 1.2 million dollars. The young rapper, singer and songwriter has solidified himself in the music industry.

How Did JayDaYoungan Become Rich?

Javorius Tykies Scott better known by his stage name JayDaYoungan was born on July 15, 1998. He is currently 23 years old. He was born in Bogalusa, Louisiana. His mother worked in the army and had to travel a lot so growing up his grandmother primarily raised him. JayDaYoungan dropped out of high school and at age 18, began his career in the music industry. He has shared that his inspiration for music began with listening to artists like Lil Wayne, Boosie and Kevin Gates. Although inspired by them JayDaYoungan has stated that he doesn’t necessarily want to sound like them and that he isn’t trying to imitate anyone else.

In February of 2017, he released a mixtape titled ‘Ruffway’. This mixtape received positive feedback and gave Jay lots of recognition locally. A song on the mixtape titled ‘Interstate’ had managed to accumulate over four million views on YouTube in under one month. After achieving this feat, JayDaYoungan was considered for a spot on 2018’s XXL freshman list. This list was composed of the best up-and-coming rappers. Shortly after his last mixtape, Jay released another one titled ‘The Real Jumpman 23’. This project had a total of 13 songs.

JayDaYoungan had a nationwide hit when he released the song ‘Elimination’. The song has over 19.3 million streams on music platforms like Spotify. Jay had even appeared on Genius where he was asked to break down the song and its meaning.

Following this, Jay released another mixtape called ‘Forever 23’. This mixtape had songs like ‘Thot Thot’ and ‘Purge’ that went on to have millions of streams. Songs like those have pushed Jay to the forefront of the music industry and gave him international recognition. The mixtape ‘Forever 23’ was rated three and a half stars out of five by AllMusic. Without any features, this mixtape peaked at number eighty-six on Billboard 200. The mixtape also peaked at number thirty-seven on Top R&B and Hip Hop Albums.

Later on, JayDaYoungan released another mixtape titled ‘Endless Pain’. The mixtape soon became known for songs like ‘Repo’ and ‘War Ready’. Both songs had large streaming numbers on SoundCloud. The album appeared on Billboard 200 as number 70. It also appeared on Top R&B/Hip-hop Albums as number thirty-seven. Moving along JayDaYoungan collaborated on a mixtape with rapper Yungeen Ace. The mixtape was called ‘Can’t Speak On It’. Shortly after Jay released yet another mixtape called ‘Misunderstood’. On this mixtape, there was a song titled ‘23 Island’ that amassed almost eighteen million streams on Spotify. The song also managed to debut at number nine on the Bubbling Under R&B/HipHop chart. On this mixtape, JayDaYoungan had features from well-known artists like YFN Lucci, FG Famous, and Lil Durk. Lil Durk even remixes one of JayDaYoungan’s songs called ‘Dum’ that was on the mixtape ‘Endless Pain’. It charted on Billboard as number forty-three.

In January 2020, JayDaYoungan appeared as number thirty-six on Billboard’s emerging artist chart. Later in May Jay released ‘Touch Your Toes’. This single featured the artist, Latto. In June of 2021, JayDaYoungan released his album ‘23 is back’. This album has no features. It has thirteen tracks on it.

Some of JayDaYoungan’s most popular songs are ‘Made The List’ and ‘Speak Facts’. Both of the songs have surpassed 5 million on YouTube. Although JayDaYoungan is just a rapper for now he has shared that he wants to learn to sing and may even cross over into R&B sometime in the future. He has also made it known that he wants to one day have his own record label. With Jay’s success and perseverance anything is possible.

What Is JayDaYoungan Net Worth?

JayDaYoungan has a net worth of a little over a million. The majority of his net worth accumulated from his music. The sales of his mixtapes, money from tours and YouTube is his primary income. He also earns from albums and live performances. JayDaYoungan is still a rising star whose net worth will no doubt double in the future.

How JayDaYoungan Spends His Money?

JayDaYoungan is used to the fast life and spending tons of money. He has recently bought himself a sports car. This will be the third one in his growing fleet. JayDaYoungan also spends money on traveling, clothes, and a million-dollar mansion. He has bought lots of jewelry that he loves sporting for his fans. JayDaYoungan splurged 40,000 dollars on permanent diamond teeth. He also invests in his music as he has a studio built in his mansion. In addition, also saving up in hopes of starting a label in the future. JayDaYoungan’s biggest purchase to date was his house back in his hometown. 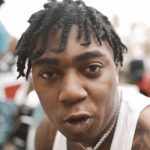