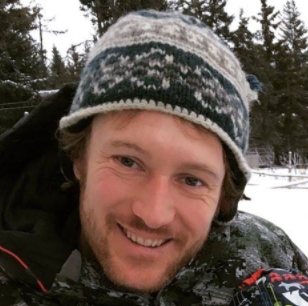 Eivin Kilcher is a reality TV star, starring in the Discovery TV Show, “Alaska: The Last Frontier“. Eivin is a welder, knitter, hunter, fisher, excavator, and has every skill that is required to survive on the wild land of Alaska. Eivin has a net worth of around $4 million, most of it coming from the popularity of his show on Discovery. Eivin has also made a prominent presence on social media as he constantly shares sneak peeks about his homestead lifestyle with his followers. All of this has resulted in his big net worth.

How Did Eivin Kilcher Become Rich?

Eivin Kilcher was born on March 06, 1983, in Alaska. Eivin, son of Otto Kilcher and Sharon Mckemie, is a third-generation homesteader. Otto and Sharon got divorced when Eivin was just around three years old. After divorce, Sharon lived near the Kilcher homestead and hence was able to take care of her sons. Eivin’s parents raised him, teaching him the self-sufficient lifestyle that has been adopted by the family since Eivin’s grandfather carved out land to live on in the Alaskan wilderness.

Being the oldest son of Otto Kilcher, Eivin has inherited many of Otto’s life skills, including the trait of fixing machinery and equipment. Eivin Kilcher can be very well described as a “jack-of-all-trades“, just like his father and grandfather.

Inheriting his love for machines from his father, Eivin became curious about machines found on the Kilcher grounds and began fixing them up if the need arose. Eivin’s other talent is recognizing edible plants that grow in the wilderness, harvesting and stocking them for the winter.

Eivin has done his schooling at Homer High School and probably has not been to college.

The Kilcher family lives a life completely cut off from civilization and any sort of luxuries that a modern man enjoys in today’s time. Eivin enjoys a similar kind of lifestyle, though with time he has adopted a lifestyle that is an amalgamation of technology mix and traditional ways of hunting and farming.

Eivin lives with his wife and two kids, Findlay Farenorth and Sparrow Rose in a small cabin, at just half a mile distance from his father’s.

Eivin has lived a simple life without the need for a handsome amount of money, as he does everything needed for survival on his own, including hunting, gardening, farming and fishing.  He earns a living by working his excavator and bulldozer to do dirt work for people in the community. Further, his wife, Eve also trades and sells eggs and vegetable products at a local farmers market. These sources of income provide them with enough cash to cater to their needs.

Eivin gained enough wealth only after he became one of the casts of the Discovery TV show, “Alaska: The Last Frontier“. He has been one of the most popular characters in the show since it started in 2011. The show documents the Kilcher family’s life without any modern technology, like plumbing or heating. The Kilchers support themselves purely on traditional ways of hunting, farming, fishing and gathering.

The show is the source of an impressive income for Eivin. Judging from the popularity of the show it can be estimated that Eivin must earn somewhere between $7,000 to $10,000 per episode. After gaining fame from this reality show, Eivin also got the opportunity to be a part of one of Subaru’s commercials in 2015. Later, he went on to be the co-author of the book called ‘Homestead Kitchen: Stories and Recipe from Our Hearth to Yours‘, published in 2016. The book has received positive reviews from home cooks and has proven to be a hit among them. This has transformed him from just a hunter, surviving in the wild Alaskan land to a famous TV personality and successful author with an annual income of around $350,000.

What Is Eivin Kilcher Net Worth?

As of 2022, Eivin Kilcher’s total net worth is estimated to be around $4 million. Though Eivin is a successful reality TV star, his net worth does not solely come from his fame, it is also estimated from his assets and the land he owns. The Kilcher family owns 613 acres of land in Homer, which is worth around $3.6 million. His annual earning is calculated to be around $350,000.

How Eivin Kilcher Spends His Money?

Eivin Kilcher does not live a luxurious lifestyle surrounded by modern technology, luxurious vacations or a fancy bungalow. But he is a car lover, specifically a Subaru lover. He currently owns a Subaru XV Crosstrek. He finds it to be a suitable car for the kind of conditions he lives in. Eivin says the car can handle almost all the terrible conditions the road has to offer, including mud, ice and snow.

Eivin Kilcher also owns a 1998 Chevy 3500, which he uses for his long journey to town as it is quite fuel-efficient. As Eivin depends on traditional ways to provide for his wife and two kids, he has spent time and money expanding his farming space. Just like his grandfather, he started with a small property, but with time his farm has grown enough to include a big pasture.

He has also expanded his home and land that provides him with a sufficiently large resource for the survival of the family.