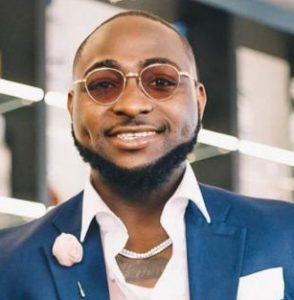 David Adedeji Adeleke or famously known as Davido is a successful singer, songwriter and record producer. Davido has a net worth of around $30 million, mostly coming from the sales of his widely popular and successful albums and the concerts and shows he does.

How Did Davido Become Rich?

David Adedeji Adeleke was born on November 21, 1992, in Atlanta, Georgia. Davido is the son of a Nigerian business magnate. His father, Adedeji Adeleke is a prominent Nigerian billionaire, CEO of Pacific Holdings Limited and president of private Adeleke University. His mother was Vero Adeleke, she died in 2003.

Davido received his early education at the British International School in Lagos and later when he was a teenager, he moved to the US. He enrolled at Oakwood University in Alabama to study business administration. Davido developed an interest in music while in University and started making music beats. At around the same time, he formed the music act KB International along with his cousins, B-Red and Sina Rambo.

Later in 2011, he moved back to Nigeria, where his father asked him to finish his college degree before he steps out in the music industry. To honour him, Davido enrolled himself at Babcock University and received his degree in music in 2015 but he also continued making music.

Davido began his official music career with the release of his single entitled “Dami Duro” in 2011. The single brought him fame and a big fan following.

In 2012 he released his debut album entitled Omo Baba Olowo. The album featured many artists like Sina Rambo, Kayswitch, Naeto C, B-Red, along with others. The album produced many hit songs that the audience enjoyed and this furthered Davido’s reach and increased his fan following. Even though the album received harsh criticism about his songwriting skills from the critics, it won Best R&B/ Pop Album at the Headies 2013.

Following the success of his debut album, Davido thereafter released many hit singles like Globe, One of a Kind, Skelewu all of which went on to be major hits. Later next year, he released another single called Aye, produced by T-Spize. He also released his first collaborative single, Tchelete (Goodlife) in the same year. The song was a collaboration with South African duo Mafikizolo. Davido dropped another song, Africa Rising, the same year in collaboration with Lola Rae, Diamond Platnumz, Mi Casa, and Tiwa Savage. The song was later used in DStv’s campaign that aimed at inspiring Africans to take part in social investment projects.

In 2016, Davido released a five-track EP. Thereafter, he has released many successful singles like If, Fall, Fia and many others. Fall became certified platinum by the Recording Industry of South Africa.

In 2016, Davido signed a record deal with Sony Music. Later that year, he founded his own record label Davido Music Worldwide.

In 2018, he also announced his four-week long tour, The Locked Up tour across the USA.

The same year, Davido performed at the Made In America Festival alongside artists like Post Malone, Fat Joe and Meek Mill.

Owing to his massive fan following, in 2019 he was able to sell out The 02 Arena in London, hence becoming the first solo African artist to achieve this. The same year, David dropped a single, Blow My Mind on which he worked with Chris Brown. He released another single, named Risky, which was a big hit.

In November 2019, Davido released his second studio album entitled A Good Time. The album featured the formerly released songs, If, Fall, Risky and Blow My Mind. The album was a huge success, becoming the most streamed African album of all time.

In September 2020, Davido released the single FEM, along with its music video, which turned out to be a record-breaking video. He broke his own record of Fastest Nigerian Music Video to hit 1 million views on YouTube. The record was previously held by Blow My Mind by Davido.

In December 2020, Davido released his third studio album, A Better Time. The album features artists like Nicki Minaj, Young Thug, Nas, Chris Brown and Lil Baby along with others. The album was able to achieve more than 213 million streams in just a month.

Even during the pandemic, he is consistently working on making music. It is his hard work and consistency that has made Davido the famous and successful singer and songwriter he is with a net worth of approximately $30 million.

What Is Davido Net Worth?

According to Forbes, Davido’s net worth is approximately $30 million. All of which comes from the sales of his successful music albums and ticket sales from his concerts and shows.

Owing to Davido’s massive fan base of millions, he also earns a good sum of money from brand endorsements, like MTN endorsement deal, Infinix mobile deals and others. It is estimated that his one Instagram Sponsorship post earns him around $165,000. Davido is considered one of the richest musicians in Nigeria.

How Davido Spends His Money?

Davido enjoys a very luxurious lifestyle as is expected from someone with his wealth. He owns two expensive houses, one in Atlanta, Georgia, USA and the other one in Lagos. This Lagos based mansion has a swimming pool, Jacuzzi and a gym.

Davido recently bought a new mansion at Banana Island, which is considered to be the most expensive area in Africa. The house is not only huge but also very well furnished and beautifully designed. Though Davido has not revealed how much the mansion cost him, it is estimated that it is worth around $1,500,000.