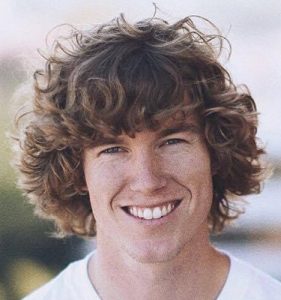 Daniel Duncan more known as Danny Duncan is an American Youtuber, prankster, sketch comedian and vlogger with and estimated net worth of 5 million USD. His primary source of wealth is Youtube, although in more recent years he’s profiting from selling merchandise and successful partnerships.

How Did Danny Duncan Become Rich?

Born in Englewood, Florida his first job was at the local Walgreens pharmacy after he graduated from Lemon Bay High School. Salary wasn’t high and in 2014 Danny moved to California where he started 2 simultaneous careers: working as an skateboarding coach for Florida Elite Track Club and making YouTube videos about skateboarding, challenges and pranks on his channel dannyduncan69.

His first videos weren’t that successful (most of them still have only 200-300k views considering his channel has almost 6 millions subscribers), although videos like ‘Car Accident Caught On Tape!‘ and ‘Cutting College Kids In Line Prank‘ received some fame. Despite this, Danny Duncan continued his YouTube career, making more vlogs, pranks and collaborations with his friends Chris Chann and Andrew Hales.

The real fame and money came to Danny in 2016 when he released his most popular prankster video to this day (30 million views and counting!), called ‘Falling With 30,000 Pennies‘:

The same year he started selling his merchandise, picking ‘Killer Merch‘ as the sole distributor. To promote this newly founded merch he announced his tour ‘Virginity Rocks‘ in 2017 that was planned to launch in 2018. It got a stunning success, bringing tens of thousands of fans for Danny and his merch, especially after one student was sent home for wearing one of his shirt with this slogan. Danny response was instant: he drove to the school and gave out hundreds of his shirts to the students before they got into classes. Some major media covered this event that in the end brought even more fans for the guy.

Nowadays he continues to release new videos for his YouTube channel as well as promoting his merchandise at his official website dannyduncan69.com.

What Is Danny Duncan Net Worth?

In 2023 Danny Duncan has 3 main sources of income:

His YouTube channel brings him around $60 000 in YT ads (according to SocialBlade.com) with 25 millions views per month on average. That would be around $600 000 in the last year. Although number of views for his channel has grown significantly in the 2020 (due to Covid-19 as well), price per 1000 views has dropped by 20%. If we take this into account, despite in 2018 and 2019 his number of views per year was lower, his earnings were more or less the same with about 500 to 600 thousands of dollars per year.

As for the paid sponsorships, this information is disclosed so we can only make wild guesses. But having almost 6 million subscribers and getting at least 2 million views per video in the first few days we can assume that ad contract with Danny will cost no less than tens of thousands USD at the very least.

Another major source of income for Danny is his shop dannyduncan69.com. There he sells stickers, hoodies, apparel, hats, footwear, bottoms, skate decks and other accessories. The main traffic channels are his YouTube videos (over 6 million subscribers) and Instagram with 3 million followers. Exact sales figures are unknown.

Overall, Danny Duncan total net worth is about 5 million including his immovable property.

How Danny Duncan Spends His Money?

Danny Duncan became a millionaire at the age of 24 and in 2019 he bought his $3.5 million luxury house in Beverly Grove. This is densely populated and rich neighborhood adjacent to West Hollywood – yet another famous place for his nightlife and restaurants. He home was built in 2018 and designed by the Classical Progression. The home offers an open floor plan area with fireplace, designed walls of glass and hardwood floors. The property is walled for the better privacy and features magnificent views on the nearby Hollywood Hills.

This purchase made Danny even more famous as he was featured in many Hollywood magazines, boosting his recognition and fame.

Along with expensive house, he likes to drive luxury cars (BWMs are his favorite) and spends a lot of money on parties and other things like a true YouTube star. For example, in May 2020 he bought a brand new Honda Fit and instantly made a video about his new car. He spends some money on his hairstyle as well which ahs made him famous for his long curly hair.