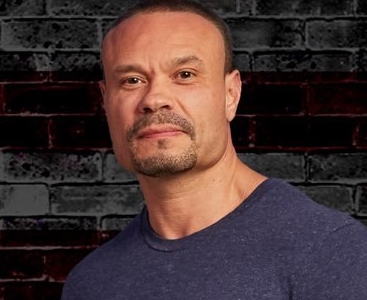 Dan Bongino is a former secret service agent who nowadays hosts his own podcasts and radio shows. He is known for his political commentary on Republicans and Democrats. As of 2022 his net worth is estimated to be around 8 million USD.

How Did Dan Bongino Become Rich?

Dan Bongino was born in Queens, New York into a working-class family. After graduating from Archbishop Molloy High School he attended Queens College earning master degree in psychology. Later he earned a Master of Business Administration in Pennsylvania State University.

His career started in 1995 when he applied for New York City Police Department. At a time police wages in New York city for entry-level patrol officer were 35 000 USD, for sergeants it was higher at $50 000. Mr. Bongino definitely didn’t make himself rich working as a policeman in the 90s.

But he was hard-working and professional police officer. And after a few years he applied for USSS (Secret Service of the United Stated) which he successfully passed in 1999. In 2002 Dan became an instructor at the SSTA (Secret Service Training Academy) and in 2006 he got promoted into the Presidential Protection Division to protect the president of the United Stated George W. Bush at a time.

As indeed.com states, the average year salary for a special service agent is $138,895. We don’t have salary figures for 2000s, but Dan Bongino financial situation gradually improved compared to 90s when he worked as a police officer.

He worked in the PPD for a few more years, leaving it in 2011 when he tried to run for the US senate in Maryland in 2012. It was unsuccessful, but that didn’t stopped Bongino: after two years he run for the U.S. House of Representatives seat but lost to John Delaney. In 2016 he tried his odds again, this time in Florida but received only 3rd place in the primary.

Nowadays Dan Bongino more known for his political views which he freely expresses on his self-hosted and guest shows, podcasts and as well as his books. His first book ‘Life Inside the Bubble‘ was published in 2013 and it explores the life of a special agent. His second book ‘The Fight: A Secret Service Agent’s Inside Account of Security Failings and the Political Machine‘ released in 2016 focuses on political nature of the Secret Service Agency. He later wrote ‘Follow the Money: The Shocking Deep State Connections of the Anti-Trump Cabal‘, ‘Exonerated: The Failed Takedown of President Donald Trump by the Swamp‘ and ‘Spygate: The Attempted Sabotage of Donald J. Trump‘. All his books received a moderate success, mostly from the American conservatives.

What Is Dan Bongino Net Worth?

Dan Bongino net worth is estimated to be $8 million in 2022. His first million he made working the Presidential Protection Division from 2006 to 2011. It was reported, that in 2012 he and his wife had 3 businesses: designing websites, security and risk management consulting and selling selling martial arts apparel. Later he increased his net worth attending different shows (e.g. ‘Unfiltered‘ on Fox) and hosting his some of own on his website bongino.com.

In recent years he published a few books concerning the former president Donald Trump’s security which is yet another money stream for Bongino. It is estimated that from year 2018 to 2021 his net worth increased from $4 million to over $8 million which is 200% increase!

How Dan Bongino Spends His Money?

Dan Bongino mostly spends his money on his own business ventures. He runs ‘Bongino Report‘ website which is a news aggregator of conservative sites; podcasts and shows. Most media focus on his political career, there is not much information on Dan Bongino houses, yachts and cars he operates. The only confirmed information we have is that he lives in Palm City, Florida where he moved in 2015.

In 2020 he publicly announced his ownership stakes in Parler, a new social media platform for the conservatives and Trump supporters in the USA.

Dan definitely knows how money work and do not spend them on things that are too way above his budget.