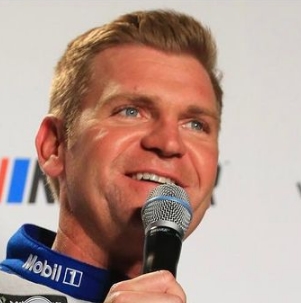 Hailing from the American Midwest state of Kansas, Clint Bowyer is a retired stock car racer, whose precision driving brought him widespread fame. He has driven in over 736 races, amassing 21 wins and 352 top-ten finishes, in his illustrious 16-year long career. He is, undoubtedly, one of the most recognised NASCAR drivers in recent memory. Presently, he works as a commentator and professional analyst for FOX NASCAR. His net worth is estimated to be around 40 million USD in 2022.

How Did Clint Bowyer Become Rich?

On 30th May 1979, Clinton Edward Bowyer was born to Chris Bowyer and Jana Bowyer in Emporia, Kansas, the United States of America (USA). As of 2021, he is forty-two years old. The Kansas native also has two siblings – a brother named Casey Bowyer, and another brother named Andy Bowyer.

Due to his fascination with racing, Clint Bowyer began his racing career on the tracks on motocross. By the young age of thirteen, he managed to garner over two hundred victories and several championships wins. By 1996, he expanded his racing exploits to Mayetta, Kansas, USA, and started racing in street stocks in the Thunderhill Speedway there. He successfully achieved the Modified Championship of Thunderhill Speedway, Mayetta, Kansas, USA in 2000. The next year, in 2001, he won the Modified Championships of Lakeside Speedway, Kansas City, Kansas, USA, and Heartland Park Topeka, Topeka, Kansas, USA.

By 2002, Clint Bowyer started his racing exploits in the NASCAR Weekly Racing Series. Through his superior driving skills, he garnered twelve wins, thirty-two top-five finishes, and nine poles. These successes helped him gain the second spot on the rankings of the NASCAR Weekly Racing Series national points table. That same year, he earned his second Modified Championship victory in Lakeside Speedway, Kansas City, Kansas, USA. In 2002, in his first try at asphalt racing, he won the Late Championship in the revered I-70 Motorsports Park (formerly known as I-70 Speedway) in Odessa, Missouri, USA. He became the Midwest Champion of NASCAR Weekly Racing Series in the same year.

With immense success under his belt, he debuted in the Nashville Superspeedway, Gladeville, Tennessee, USA for Scott Traylor in 2003. His skills helped him lead forty-seven laps and gain a second-place finish in his first-ever ARCA starts. His driving style attracted attention from many people, including the NASCAR veteran Richard Childress. Richard Childress offered Clint Bowyer to drive for his Richard Childress Racing team. Clint Bowyer remained associated with the team for the next eight years before moving on. His first major achievement came with the first-place finish in NASCAR Nationwide Series in 2008. He won the Championship at Homestead-Miami Speedway in Homestead, Florida, USA.

In 2011, his last win for Richard Childress Racing came in the Good Sam Club 500 at the Talledega Superspeedway in Talledega, Alabama, USA. It was his second consecutive victory in this Sprint Cup series format. He was driving a Chevrolet and led 25 of the 188 laps. He won a prize of 260,558 USD.

In 2012, Clint Bowyer jumped ship to the Michael Waltrip Racing team after spending eight glorious years with Richard Childress Racing. He had signed a three year deal with the team on 7th October 2011. The make of his vehicle was a Toyota. His maiden season with the team saw him achieve his career-best finish. He finished second in the final standings while gaining three wins in all. However, he could not win any races in his last season with Michael Waltrip Racing.

Anthony “Tony” Wayne Stewart announced his retirement from the NASCAR Sprint Cup series on 30th September 2015. As a result, the Stewart-Haas Racing team negotiated a contract with Clint Bowyer to take over the #14 car in the 2017 season.

The year 2017 saw Clint Bowyer taking on the mantle of Tony Stewart, and driving the No. 14 Ford Fusion of Stewart-Haas Racing. After spending four years with the team, he announced his surprise retirement from all racing in 2020.

Clint Bowyer joined the broadcast team of FOX Sports as an analyst and commentator in their coverage of NASCAR.

What Is Clint Bowyer Net Worth?

Clint Bowyer was a professional NASCAR racer by profession until his surprising retirement. As a result, most of his income came from his participation and wins in NASCAR and other races. He also made an ample amount of money through several sponsorship deals. In addition, he also made sporadic television appearances, such as his guest appearance in Duck Dynasty in 2012.

Currently, he earns money from his job as an analyst and commentator with FOX Sports, and other investments. He also owns a car dealership in Emporia, Kansas called the Clint Bowyer Autoplex. His net worth is estimated to be around 40 million USD.

How Clint Bowyer Spends His Money?

He owns a massive house in Mocksville, North Carolina, USA, where he lives with his family.

Clint Bowyer married his wife Lorra Bowyer in April 2014. On 1st October 2014, the couple happily announced the birth of their first child – a son named Cash Aaron Bowyer. Clint and Lorra Bowyer made an announcement that they were expecting their second child on 15 June 2016. On 9th December 2016, they announced the arrival of a daughter named Presley Elizabeth Bowyer. 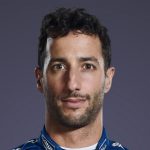 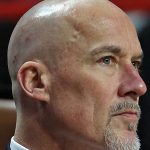 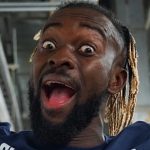