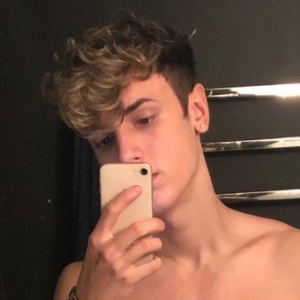 Bryce Michael Hall is an American content creator and a social media influencer. After being bullied during his childhood, the now 22 years old online star rose to fame by actively creating and posting content on various social platforms like Instagram, TikTok, Twitter, and YouTube. In 2022, Hall’s net worth is recorded to be about $10 million being a content creator and an entrepreneur at the same time.

How Did Bryce Hall Become Rich?

Hall was born on August 14, 1999, in Maryland, USA. His mother, Lisa, raised him in Ellicott City. Hall has never been fond of talking about his father because of their bitter relationship brought about by his father’s abusive treatment towards his mother when he was a child. Seeing the rough journey of his mother as he grew up, Hall became wise and creative to pay his mother’s sacrifices for him.

Bullied as a child, Hall rose stronger and found ways to connect with the world. He did not confine himself in his world alone; instead, he decided to do live streaming content on YouNow in 2014, an American live broadcasting service. His attempt to make friends online came into a gradual success after gaining followers from posting content on other platforms like Vine and Musical.ly. Before the shutdown of Vine in 2016, Hall had gathered about 30,000 followers, but when it comes to Musical.ly, which is now known as TikTok, Hall has already gathered over 21 million followers by 2022.

The closure of Vine did not hurt much of Hall’s social media star journey as he has already started his career as a content creator in YouTube the year prior. Here, Hall made various content like pranks, challenges, story time, and reaction videos. To further pursue his career as a content creator, he moved from his hometown to Los Angeles in 2018.

In 2019, Hall was featured in a documentary film entitled “Jawline” where he shared his humble beginnings and his own story of success.

The following year, he even rose to fame after moving to Sway House, a house owned by TalentX which is a talent management company. There, he lives with other content creators across multiple platforms. This opportunity paved the way for Hall to collaborate and make content with other social media influencers. He also was able to start his podcast about entrepreneurship called “Capital University“.

In June 2021, joined the Battle of the Platforms which is an amateur boxing event participated by content creators from social media platforms like YouTube and TikTok. Hall fought against Youtuber Austin McBroom but was knocked out. Regardless of how it ended, Hall agreed to a $5 million contract for joining the fight. He also got 4% of the revenue from the pay-per-view sales of their fight which costs around $50 to $60 per package.

What Is Bryce Hall Net Worth?

Being a social media star in 2022 is considered a lucrative job, so for Hall, having a whopping $10 million net worth is reasonable. While many believed that his net worth was just about $2 million, Hall, himself, revealed his net worth in one of his tweets to be $10 million.

Hall’s wealth is generated from his career as a content creator on TikTok and YouTube. On TikTok, he has over 21 million followers while he has over 3 and a half million subscribers on YouTube. According to Social Blade, his YouTube channel is utmost earning more than $500,000 per year. However, earning from this kind of job doesn’t end with YouTube pay-per-view ads as most online influencers earn from product sales, affiliate commissions, and sponsorships as well.

Hall is not only a creator but an investor as well. He was reported to be an investor of several companies like AON3D and Lendtable. According to Hall, he is intentionally decided to be an angel investor (people who provide money for businesses’ startups) because he thinks that keeping a clean image is not helpful when it comes to sealing brand deals.

In addition, it is quite admirable that Hall is very passionate about building his brand to generate more income. He co-owns an energy drink called “Ani Energy” which is a caffeinated energy drink as well as clothing merchandise that he is selling through his exclusive membership club called Party Animal University. In an interview, Hall told Forbes that he is making $1 million just from merch sales.

How Bryce Hall Spends His Money?

Being a 22 years old influencer, Hall has spent much of his wealth investing. However, on the other side of the spectrum, he also enjoys a lavish lifestyle – mainly by hosting parties.

Hall lives in a rental home in Hollywood Hills in LA where the average cost of rent per month is about $5,000 a month which is higher than the rest of the city. However, one of the biggest scandals that Hall got involved in happened in this house as well.

In August 2021, the city mayor of LA shut down the power and cut off all the utilities at his house because of holding massive parties in the middle of the pandemic. Hall’s parties were considered to be a violation of the city’s COVID-19 regulations. Hall, alongside his housemates, moved to another mansion somewhere in LA, sponsored by Triller.

On a different note, the young influencer bought a Tesla Model Y in cash for his birthday in August 2020. It has a starting price of $51,490.