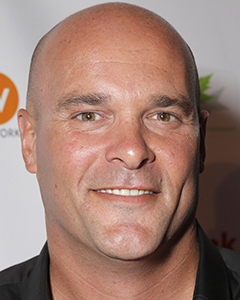 Bryan Baeumler is Canadian businessman and TV host on several HGTV Canadian shows. He and his wife Sarah Baeumler has net worth of 20 million USD which growth to this day thanks for new and new shows being put up on Canadian and American screens as well as their resort in Bahamas.

How Did Bryan Baeumler Become Rich?

Bryan Baeumler path to become rich and self-made man started in his early days. When he was a kid he helped his father (who was an an aircraft engineer at a time) constructing their family cottage. That was the time when he learn how to trade which will help him to build successful company in the future.

Before even getting into the college, he worked in air-cargo business, amassing some fortune necessary to build a successful company. At the same time he finished his studying at University of Western Ontario (today it is known as Western University) receiving Bachelor of Arts in Political Science and – you guessed it right – in Business!

After making all necessary preparations, Bryan Baeumler founded construction company called ‘Baeumler Quality Construction and Renovations Inc.’ which specialized in renovating old houses, rebranding them and selling for a good profit. While Bryan was focusing on operating the business, his wife Sarah was given the role of designing and decorating houses.

In a few years the businessman launched 2 new businesses: ‘Baeumler Approved’ in 2011 which helps homeowners in Canada to find solutions for their home-related services and HeyBryan in 2018. The last one is a natural development of his ‘Baeumler Approved’ business, as this mobile marketplace app connects Canada home owners with home service providers. It prospers till this very day.

There is no surprise that being an expert in renovating and construction Bryan seek to renovate and rebuild a place to not just sell for someone but to keep it for himself and receive a steady cash flow. His eyes fell on Bahamas and after some time he bought an abandoned beachfront resort located on South Andros island in 2017. Renovation and designing the place took 2 years and in 2019 he and his wife proudly announced opening of the resort named ‘Caerula Mar Club’. That same year they got lucky as Hurricane Dorian was coming through Bahamas but their resort was untouched by the disaster.

Apart from being a businessman, Bryan has some history of being a host of a few shows. These include Disaster DIY, House of Bryan, Leave It to Bryan, Bryan Inc. and Island of Bryan. They aired from 2007 to 2020, with a new one coming in 2022.

Among these shows the most profitable one is Island of Bryan. Originally being for the Canadian audience, it was bought for the American television for at least $650,000. Cost for making the show was fairly low, as Bryan filmed it with his own production company Bryland Entertainment. So we can assume, this brought a decent income for the Bryan family.

At the moment, there are 3 seasons of the show, the last one premiered in 2021. Being a huge success, this show considerably increased Bryan’s net worth.

In the wake of 2020 and 2021 Covid-pandemic, his resort business took a hit, but being a host in the popular show, having other businesses and not overspending his money, Bryan remains rich person after all.

What Is Bryan and Sarah Baeumler Net Worth?

As of 2023, Bryan Baeumler net worth is considered to be around 20 million USD. His income sources are as follows:

How Bryan Baeumler Spends His Money?

The main expenditures for Bryan Baeumler are:

Bryan Baeumler is considered to be a family man and you don’t hear of him spending half of his fortune for luxury cars, expensive jewelry or watches. He buys things he needs to run business or to spend leisure time with his wife and kids. Nothing extraordinary, so to speak. 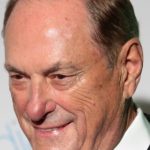