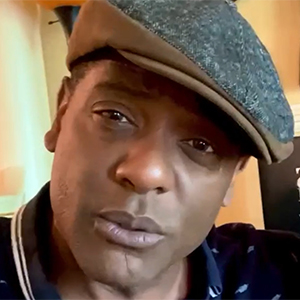 Blair Underwood is an American actor mostly known for the series L.A. Law that ran on NBC from 1986 to 1994. In 2022 Blair Underwood net worth is estimated at $8 million.

How Did Blair Underwood Become Rich?

Blair Underwood was born in Tacoma, Washington, but he spent his childhood years at military bases in the US and Germany as his father Frank Eugene Underwood, Sr. was a United States Army colonel at a time. Later soon-to-be actor attended Petersburg High School in Virginia and first degree-granting Carnegie Mellon School of Drama in Pittsburgh, Pennsylvania.

After graduating from the school he got his first acting job in the musical ‘Krush Groove‘ as Russell Walker. With a budget of 3 million dollars the movie grossed a little over $11 million domestically in 1985. That same year he appeared in TV-shows ‘Knight Rider‘, ‘The Cosby Show‘ and ‘One Life to Live‘. In the latter he was part of a regular cast.

In 1986 Blair Underwood landed a role of Terry Corsaro in TV crime drama series ‘Downtown‘. The show wasn’t considered successful and was closed one year later.

It wasn’t an issue for Mr. Underwood as he already secured one of main roles for the second season of ‘L.A. Law’, where he played as Jonathan Rollins. He will be playing that character for 7 seasons straight up until the show’s closure in 1994. He was nominated for Golden Globe Awards in 1991 and received NAACP Image Award for Outstanding Actor in a Drama Series in 1995 for that role. There is no information on Blair Underwood salary while he was working on the show, but undoubtedly, his paycheck increased with each season.

During his time at the show, Blair Underwood also played in different TV-movies (‘Mickey’s 60th Birthday‘, ‘The Cover Girl and the Cop‘, ‘Murder in Mississippi‘ to name a few) and appeared in episodes of TV-series ‘Scarecrow and Mrs. King‘, ‘21 Jump Street‘ and ‘A Different World‘. These part-time appearances didn’t increase his net worth that much.

In 1997 at the age of 32 he received a role of Officer Michael Rhoades in TV drama series called ‘High Incident‘, but the show closed one year later. In 1998 a sci-fi movie called ‘Deep Impact‘ was released where Blair Underwood played a minor role of Mark Simon, the navigator of the Messiah ship The film featured Robert Duvall, Téa Leoni and Elijah Wood and grossed over $349.5 million with a budget of $80 million. That same year he played in TV-movie ‘Mama Flora’s Family‘ for which he won NAACP Image Award for Outstanding Actor in a Television Movie, Mini-Series or Dramatic Special.

In 2000 he starred in movie ‘Rules of Engagement’ as Captain Lee for which he won NAACP Award for Supporting Role again and in TV medical drama series ‘City of Angels‘ that landed him main role of Dr. Ben Turner. The series wasn’t much popular and was closed after 2 seasons.

In 200s Blair Underwood has already accumulated some wealth and apart from starring in different movies (starring as Alex in ‘In Treatment’ he was nominated for Golden Globe Awards once again) and TV-series (‘Sex and the City’, ‘Fatherhood’, ‘LAX’) he also started producing some of his own. In 2005 he produced ‘Straight Out of Compton 2’ and ‘The Bridge to Nowhere’ which he also directed.

Throughout 2010s Blair Underwood continued starring in various TV-series and movies, most notably as President Elias Martinez in ‘The Event‘, Robert Ironside in ‘Ironside‘ and Owen Hall in ‘Quantico‘.

In January 2022 it was announced that Blair Underwood is going to star in a Showtime drama series called ‘Three Women‘ based on the popular 2019 book written by Lisa Taddeo. The actor will also get to play as Jonathan Rollins once again in the remake of original ‘L.A. Law‘ series. He is also co-producing the show.

What Is Blair Underwood Net Worth?

Currently Blair Underwood’s net worth is estimated to be around 8 million USD. He accumulated such wealth after starring in over 90 movies and TV-shows. He was never considered a real Hollywood star, so his paychecks never exceeded $120,000 per one episode.

Overall, Blair Underwood’s net worth shows signs of sustained growth throughout all his acting career. For example, in 2015 his net worth was estimated at 6 million USD and in 2020 it was at $7 million.

How Blair Underwood Spends His Money?

Blair Underwood lives in his L.A. house and mostly spend his money on his family and hobbies. He often involves himself into charity and in 1993 managed to win the Humanitarian Award while working for the Muscular Dystrophy Association in Los Angeles.