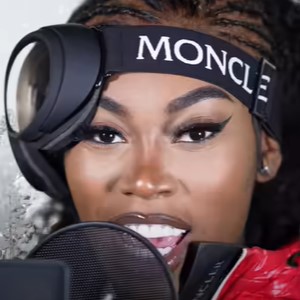 Asian Doll a.k.a. Asian Da Brat is an American rapper and social media influencer. In 2023 her net worth is estimated at 1 million USD. Continue reading to know more about Asian Doll rise to fame and wealth.

How Did Asian Doll Become Rich?

Asian Doll (real name Misharron Jermeisha Allen) was born on December 7, 1996 in Dallas, Texas to LaKeithia Lewis and Michael Allen. She is the second child out of 4 in family. Her family was poor and Michael Allen often ended up in local prison.

Asian Doll attended Skyline High School where she met with gang members from the Crisp which had a bad influence on her life. As a result, she haven’t finished education and dropped out in the 12th grade.

On December 16, 2015 Asian Doll has released her first mixtape called Da Rise of Barbie Doll Gang Empire. The mixtape got popular and it was followed by Drippin in Glo and Project Princess Vol. 1 released in 2016. At the same time singles No Flockin Remix, Poppin feat. PnB Rock and Barbie Everywhere were released as well.

The next year she released 2 more mixtapes (Outtaspace and Kill Bill, Vol. 1) and three singles: Road Runner, Bless, Chun-Li Challenge. In 2018 Asian Doll continued to pump out mixtapes and singles.

As her popularity grew, some labels tried to sign her up. In the end, 1017 Eskimo Records also known as The New 1017 Records founded by Gucci Mane managed to get her sign the papers. At the mere age of 21 Asian Doll became the first female artist signed by the label.

In 2019 Asian Doll decided to change her stage name to Asian Da Brat. It was speculated that many rappers used “Doll” in their stage names and in this way Misharron Jermeisha Allen tried to distance herself from them. Later it was revealed that the new stage name was a reference to the brand of girl’s toys Bratz Dolls.

In 2019-2020 she continued to record more songs and mixtapes. One of her popular song is called Pull Up, it features now dead King Von – her former boyfriend:

In recent years Asian Da Brat continues to produce and record new songs and mixtapes. To make more money and have full rights over her music she founded her own record company in 2020 called Doll Gang Records.

What Is Asian Doll Net Worth?

Asian Doll new worth is estimated at $1 million in 2023. Producing her own mixtapes and songs is the major source of income for her. She also tours all across the America.

Additionally, she is an owner of a Twitter account with over 1 million followers. This allows her to take part in brand promotions from time to time.

How Asian Doll Spends Her Money?

Asian Doll is a huge fan of jewelry and other fancy things. She spent $85k for King Von to honor her former boyfriend.

Her biggest purchase up to date is house. It is speculated that rapper spent at least $500k for her new home.