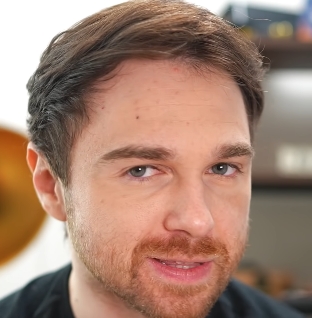 Andrei Jikh is an ex-magician and now an online entrepreneur and Youtuber from Russia who provides tips on investment and financial minimalism to his viewers, more specifically about cryptocurrencies. As of 2023, his net worth is at an amazingly high number of $3,500,000.

How Did Andrei Jikh Become Rich?

Born in Russia, Andrei Jikh grew up in a family of Russian circus performers. He was born on January 4, 1989, and had gradually learned about magic. At the age of nine, he moved to the United States when his dad got a job with Cirque du Soleil. And with his parents acquiring debts after the move, he started getting interested in personal finance.

When Andrei Jikh was 19, he was hired by a start-up company to teach people how to do magic online. He helped build the company and they were working on TV shows and movies. In 2013, he worked for the movie “Now You See Me 2” as the lead cardistry consultant. It was two months that he spent helping the cast prepare in London. In an interview with Business Insider, Jikh said that he was already obsessed with finance at that time as he would often talk to the people he worked with and ask about how they spend their money and what they are supposed to do. He also added that his role at the company back then was for storytelling, cinematography, and filmmaking. Aside from this movie project, Jikh has appeared in a variety of shows and commercials.

In late 2018, Andrei Jikh decided to quit his full-time job and started making YouTube videos about personal finance. Before submitting to this venture, he initially made sure to have at least $200,000 of savings and enough knowledge from spending years teaching himself on financial management. Jikh said that for 5 years, he lived below his means by saving half of his income, so he could be ready enough for his YouTube career. He eventually launched his first video in 2019.

However, just like learning magic or any other new thing, the start is always a whole level of crucial and difficult. Jikh wasn’t earning any money from his first four months on YouTube. Despite a tough time and having no talent agent or manager, his channel took off after some time, and made significant earnings for him.

A year later, he soon accumulated 300,000 YouTube subscribers. Since then, his channel just continued skyrocketing with views and positive feedback. Jikh believed that he was able to enhance his earning potential as he learned his way on YouTube which paved his way to getting a net of 6-figures over the year. In 2023 his channel has around 2 million subscribers, and his verified Instagram account has over 100,000 followers.

What Is Andrei Jikh Net Worth?

Andrei Jikh has since earned when he was barely 20, as he shot videos for a start-up company that teaches people how to do magic. He earned roughly around $60,000 at his peak year working for the said company.

Along with his job in a movie as a consultant for magic who taught the cast to do it and a few guestings on shows, he had saved up for his plan to quit all this and instead focus on his growing passion and learning on finance. The first four months of 2019 was hard on him as he did not earn any, but when things came through, he had lured over 300,000 subscribers, and got over $100,000 from the ads showing on his YouTube channel.

Jikh’s interest in finance also involves stocks and investments. On buying stocks, he mainly uses WeBull and Robinhood. He holds around $400,000 worth of shares on the latter in 2023 giving him earnings of roughly $1,000 in dividend payments alone. Jikh further widened his learning to cryptocurrencies and now has a crypto portfolio worth over one million.

Throughout 2019, Jikh stretched his digital business on diverse platforms. Aside from his YouTube channel and investments, he now earns through his Patreon website, affiliate marketing, and Amazon links. In a video he uploaded in December 2020, Jikh revealed that YouTube lets him earn around $663,304. With his website which has approximately 2,500 patrons as of writing, it earns an estimate of $22,103 a month from membership fees worth $4 and $8 per month. Moreover, affiliate marketing gives him around $870,000 while $18,555 from referrals and links.

Ovarall, in 2023 Andrei Jikh is estimated at three and a half million dollars.

How Andrei Jikh Spends His Money?

Since the American YouTuber and financial advisor saved up for five years to start his YouTube channel, he dropped around $10,000 to build a studio and purchase several equipment and claims on his channel. When he finally had his ground on videos and his website, he further invested his money on stocks, investments, bitcoins, and cryptocurrencies.

Jikh has been buying stocks and tokens on his crypto accounts which range from $140,000-$145,000. He also spent his money on real estate, buying a house in Las Vegas which he paid in cash.

Normally, Jikh invests 95% of his money, but he keeps a lot more money before his YouTube venture because of investment opportunities and taxes. In November 2020, a Bitcoin website wrote that Andrei Jikh had invested in both Ethereum and Bitcoin.